The Internet of Things is a technology that connects different smart objects in a network that can operate without human involvement and collect data about its environment, react to it, transfer it to the application on a mobile or a computer, and analyze it.

Simply speaking, if you put a location or temperature sensor on a stick and will set the application to send you info about the temperature of the room the stick lays in every half an hour, the stick is already an IoT device. The real-life utilization of IoT is, of course, much more interesting and complex. With them, your coffee machine brews your morning coffee when the first alarm goes off, your flat lights up when you’re coming home, your FitBit bracelet recommends you to stand up and move a little because you’re sitting too much. It’s comfort, and connectivity, and a huge amount of data about you; about a user. Which is why one of the most promising areas of IoT application is healthcare.

Healthcare will become the fastest-growing niche of IoT for the next five years, according to analysts at Markets and Markets. Six out of ten global healthcare organizations are already using IoT devices. Among other things, implementation of IoT can ensure that:

The medical staff becomes more mobile. When patients are wearing IoT bracelets that can track their life signs and alert nurses about sudden changes in their conditions, hospitals can optimize staff routing so nurses attend only to people who need their attention instead of doing time-consuming check-ins with patients who are fine. Such optimization can, potentially, allow nurses to have more breaks and avoid burnout — and, if sensors are precise and alerts are instant, it can save lives.

The classic IoT system that tracks life signs works like this: the signal goes from the perception layer (e.g. sensors on the wearable that tracks a patient’s heart rate) through the connectivity layer (e.g. WiFi) to the processing layer (middleware device or cloud service where the raw low-level data is transformed into a readable format, e.g. heart rate turns into data that smartphone can read). At the final stage, data is passed to an application layer (a doctor’s application in which an alarm goes off, informing them they need to attend to a patient). Let’s examine these more closely.

The perception layer collects information through sensors and tracks objects through trackers. Developers create IoT devices connected to sensors that react to changes in light, sound, electromagnetic fields, etc. Trackers, on other hand, check changes in an object’s location in relation to other objects or other trackers, changes in the pattern of its movement, and so on. Movement data is usually gathered through RFID tags, radio beacons, and barcodes.

As we’ve mentioned before, any physical objects can be identified with some sort of location trackers. For instance, to track if people do social distancing properly at the beginning of the pandemic, Hong Kong authorities implemented IoT-Q-Bands. These smart bands were given to people after they arrived in the city’s airports, so authorities could check the GPS location of the bracelet, if it’s been tampered with or working, and see how much time of the quarantine is left to the wearer. Apart from classic IoT sensors, hospitals and medical organizations can use biosensors: for instance, chip-based systems that can identify malarial parasites and the pathogen load of the virus, devices that track parasites’ DNA, and others. Biosensors are keeping tabs on different biomarkers and processing them through machine learning algorithms to help doctors diagnose people and treat them early. Technically, heart rate also can be used as a biomarker, but in the context of IoT, this terminology is commonly applied to more complex data about organisms.

When building an IoT infrastructure for healthcare, IoT developers consider these components of the connectivity layer.

Communication type of the networks

Most IoT solutions, of course, include all of these.

Hospitals choose network protocols depending on their power consumption and security capabilities. HTTP ( HyperText Transfer Protocol) protocol requires the most power but it has solid SSL (Secure Sockets Layer) security protection whereas COAP (Constrained Application Protocol) requires less power of all and is most fitting for a point-to-point connection and often used for wireless sensors, but is extremely vulnerable.

XMPP (Extensible Messaging and Presence Protocol) is a decentralized protocol that runs on a distributed network, which is good for hospital security and is used for instant alerts (Apple does use it in push notifications). Web sockets are great for real-time tracking and updates, too.

After selecting appropriate protocols, developers select a connectivity tech or a type of a network:

Gateway is a device that connects all elements of IoT infrastructure, collects and aggregates data into a readable form to a standard form. Then, the gateway decrypts the data that comes to it and encrypts it again, sending it out to the cloud. Some vendors equip their gateways with pre-processing and filtering rule-based algorithms. For instance, when getting data about a container with lab samples overheating, a gateway — corresponding to machine-machine communication types we’ve been discussing earlier — can be taught to send the command to temperature controls to cool down.

A processing layer is needed to process and store data as well as make it available for the person who uses the end-solution: an app, a dashboard in desktop software, and so on. The processing layer stores, analyzes, and sorts data into databases, applies various machine learning algorithms to data, combines data with contextual information that surrounds it, and does all the cloud computing the middleware allows for.

The layer is implemented mainly via microservices or PaaS from Microsoft, Google, or Amazon, or middleware. These PaaS are widely used in healthcare because of their HIPAA compliance (note, that using HIPAA compliant cloud storages/solutions doesn’t make your infrastructure HIPAA compliant.) During the COVID-19 pandemic, healthcare adopted IoT infrastructure for continuous care — it reduced staff’s exposure to the virus — and for managing work- and patient flows. Each hospital has its vision for IoT adoption, of course, and IoT can help them solve lots of clinical and operational challenges besides those already described — if implemented in a careful, secure way. So, about that…

One way to reduce the cost of, for instance, a continuous monitoring suite is to sample data less frequently on the perception layer or tightly aggregate it within the gateway. That, however, affects data precision and isn’t, as you understand, suitable for proper health monitoring — which is why hospitals often prefer not to use wireless monitoring devices on a scale. When they’re connected through WiFi or 3G, it’s quite expensive and often not efficient to get them to process large volumes of raw data. Long-range transmissions require more power than short-range ones and thus are also more expensive. These somewhat limit the possibilities of continuous care — but lately, there are more and more smart IoT solutions that, while offering remote monitoring through wristbands and smart clothes, are optimized to be connected to low-bandwidth wireless networks. Soon, they’ll get more available, and their cost will flatten.

IoT devices often run on built-in batteries and naturally have limited energy reserves. In networks with large-scale deployments of sensor nodes or medical implants, these devices must last for months or years. Often, frequent battery replacements are expensive and impractical, and sometimes even impossible. To save energy, IoT devices operate with very short duty cycles and remain idle, only activating when necessary (e.g., when they get an anomaly in data) or according to a schedule. That, again, doesn’t fit into a concept of continuous care. One way to avoid getting into a trap of this and the previous challenge is to consider from the start how much data will be transmitted through the hospital’s IoT infrastructure, will it be optimized, how much of a load a system should withstand, what storage max capacity should be and so on — and think of a solution that’ll cover hospital’s most immediate needs in the most affordable way.

Security is healthcare’s Achilles heel, and IoT infrastructure is extremely vulnerable to cyberattacks. To avoid the most common mistakes, ensure to protect ports with firewalls, disable UPnP on routers (thats’ a protocol that allows other applications and devices to open and close ports — which is not what you need in a hospital), use encryption. Adopt WPA2 or PPSK approaches and TLS cryptographic protocol if you’ve chosen a wifi network connection. For other types, use corresponding security methods. Don’t forget that IoT devices — and infrastructure — that handle personal health information must be protected according to HIPAA Rules if you’re operating in the United States. These rules, by the way, can give you a lot of tips on how to defend your infrastructure from leaks and cyberattacks (and not get fined by OCR.)

The variety of different protocols and little to no accepted standards for establishing interoperability within the IoT infrastructure are a big issue. Different vendors and manufacturers have different designs, directions, requirements, and formats, and you have to think about it from the start: research how many healthcare providers are using the technologies you want to adopt, read their use cases, make sure to check if there’s support and development community available for them.

What’s Next for IoT in Healthcare

Ideally, IoT infrastructure in hospitals would have devices with high battery capacities and long life cycles; networks that are reliable and secure, with high-bandwidth and ultra-low latency; low-power communication and standardization that allows for interoperability. Right now, the biggest concerns for hospitals are the cost of adoption (according to the Journal of Telemedicine, the cost of remote monitoring programs — that included purchasing, servicing, and monitoring costs ranges from $275 to $7963 per patient) and the development of IoT infrastructure, security and privacy issues, and difficulties that come when integrating the new technology. IoT network assembling might disrupt hospital workflow, there are issues with connecting to legacy software hospitals, issues with EHR vulnerabilities and centralization, sure.

But, the Internet of Medical Things is already a separate term, and there’s so much potential for technology in clinical trials, point-of-care services, diagnostic and preventive care — there are 60% more IoT devices in the hospitals than three years ago. The pandemic proved that innovation isn’t as scary and disruptive as it seemed to be — and showed it’s more useful and life-saving than it’s been expected. With hospitals being more informed about the purposes and specifics of IoT infrastructure and the pitfalls to avoid when developing it, it isn’t a reach to say that adoption will move faster from here.

take a look on 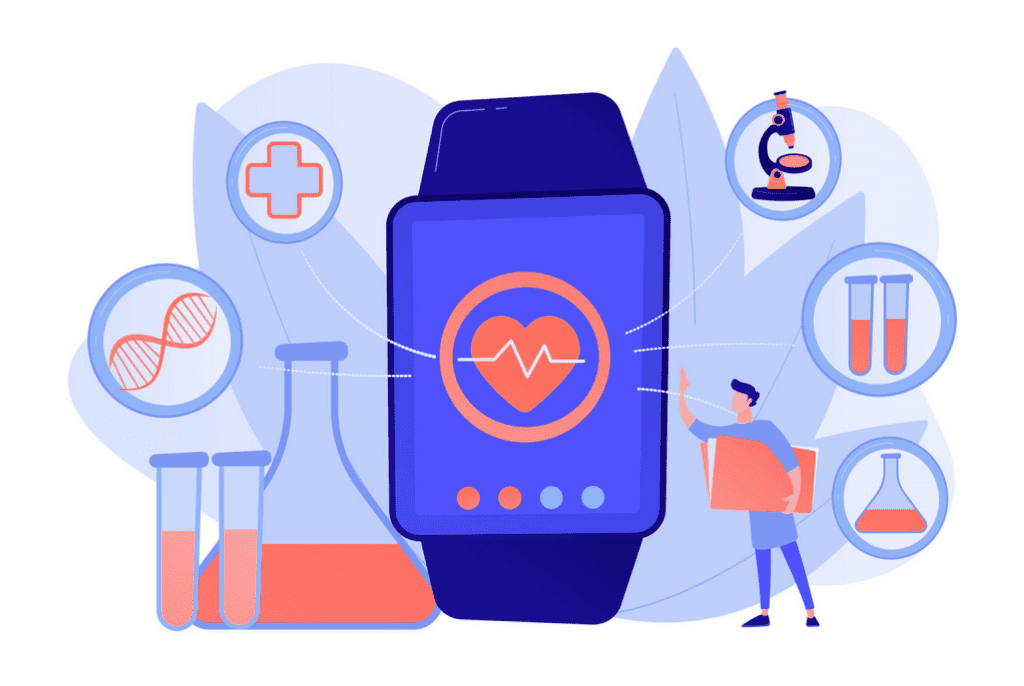 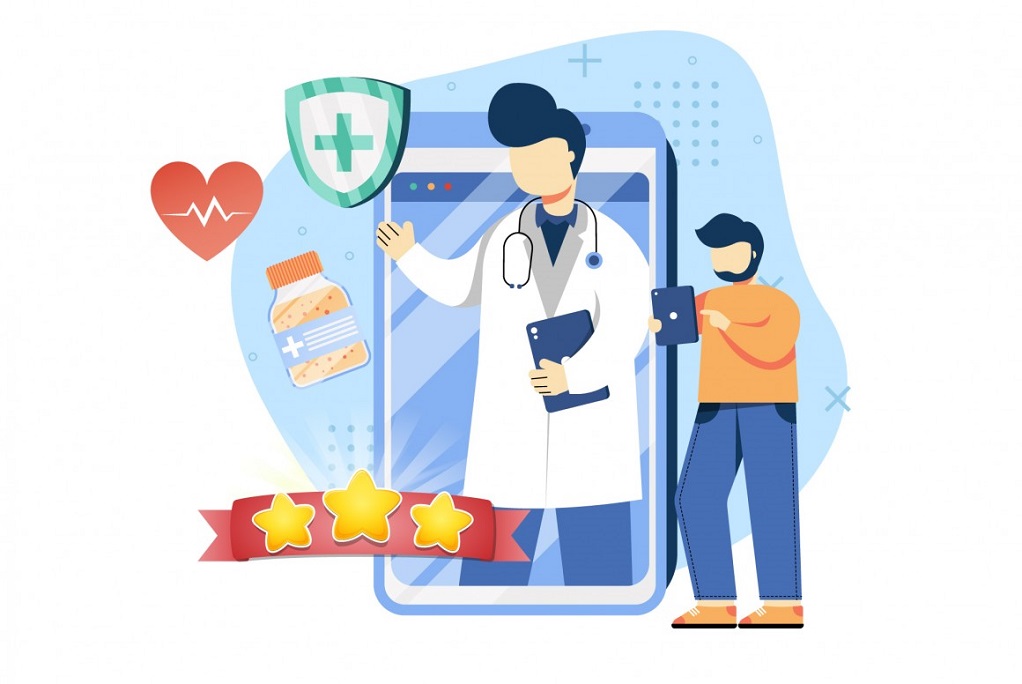 How Gamification Improves Healthcare and.. 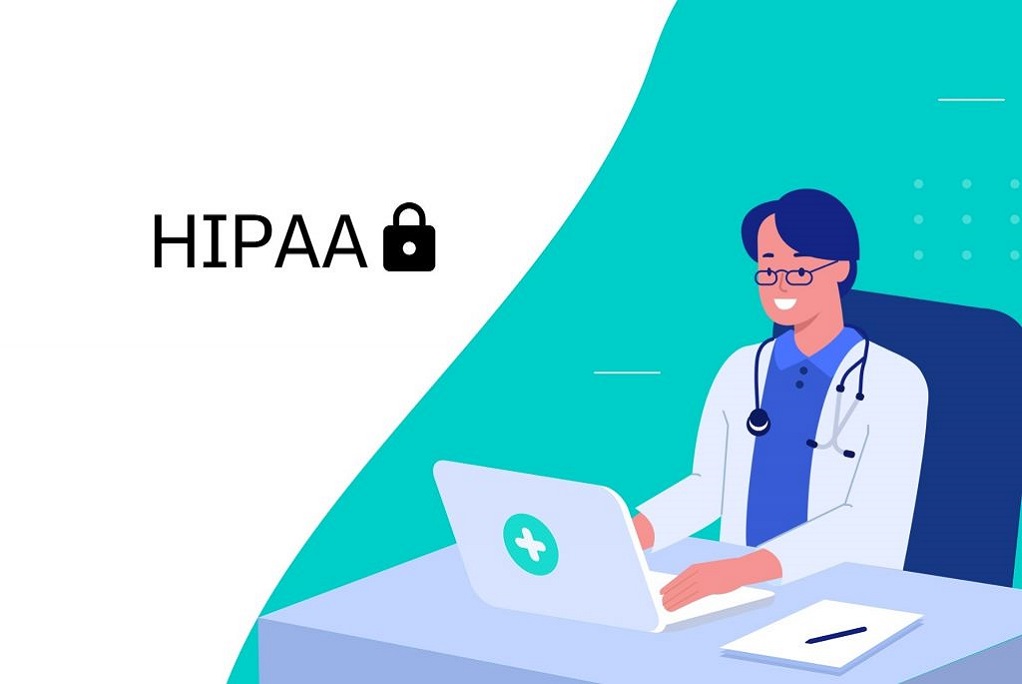 What Is HIPAA Compliance?

Read here about, HIPAA violations and rules, expert security tips, protected health..
Hire us Let's work together! Tell us your ideas, and have a free 30 minutes consultation!
Join us If you are a talented specialist, passionate about your work, eager to create great products with the creative team, write us!
Top